This year's Embedded World fair in Nuremberg took place from February 27 through March 1 and was yet another successful event for sequality software engineering. Read more about our impressions of the fair in the following blog post. Our view is rather selective of course and it is backed up by our experience and technical background. As such, it may be exactly what makes it an interesting read for you though.

Our focus was mainly on the exhibition halls „Halle 4“ and „Halle 4A“, where the majority of vendors for software services and embedded Linux-based electronics had their booths. The sequality booth was centrally located at „Halle 4“: As such, it offered us a very good overview on the events and happenings. The following impressions and observations were made by sequality team at the 2018 Embedded World fair in Nuremberg:

On the second day of the fair, sequality again received a wide attention due to our demo comparison „JavaFX vs. Qt“. A short video on our demo was filmed and hosted by the Qt Studios. 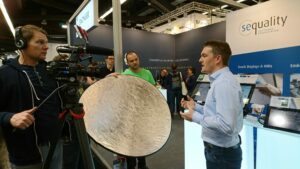 Video on sequality’s demo „JavaFX vs. Qt“ presented by the Qt Studios: 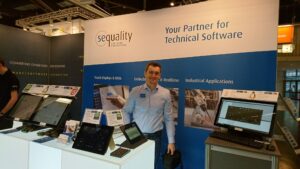 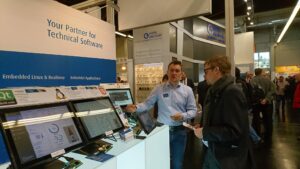 For further videos of our demos presented at the Embedded World fair have a look at the following blog post.

There were busy times at the sequality booth throughout the event. It felt as time was almost too short to answer all the questions by the interested audience and visitors! In the following picture you can see our team member Dmitriy at work, explaining the sequality bottling demo running on embedded Linux hardware: 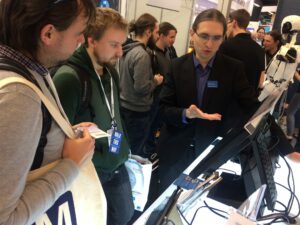 Thank you for visiting sequality at the Embedded World 2018! See you again next year!